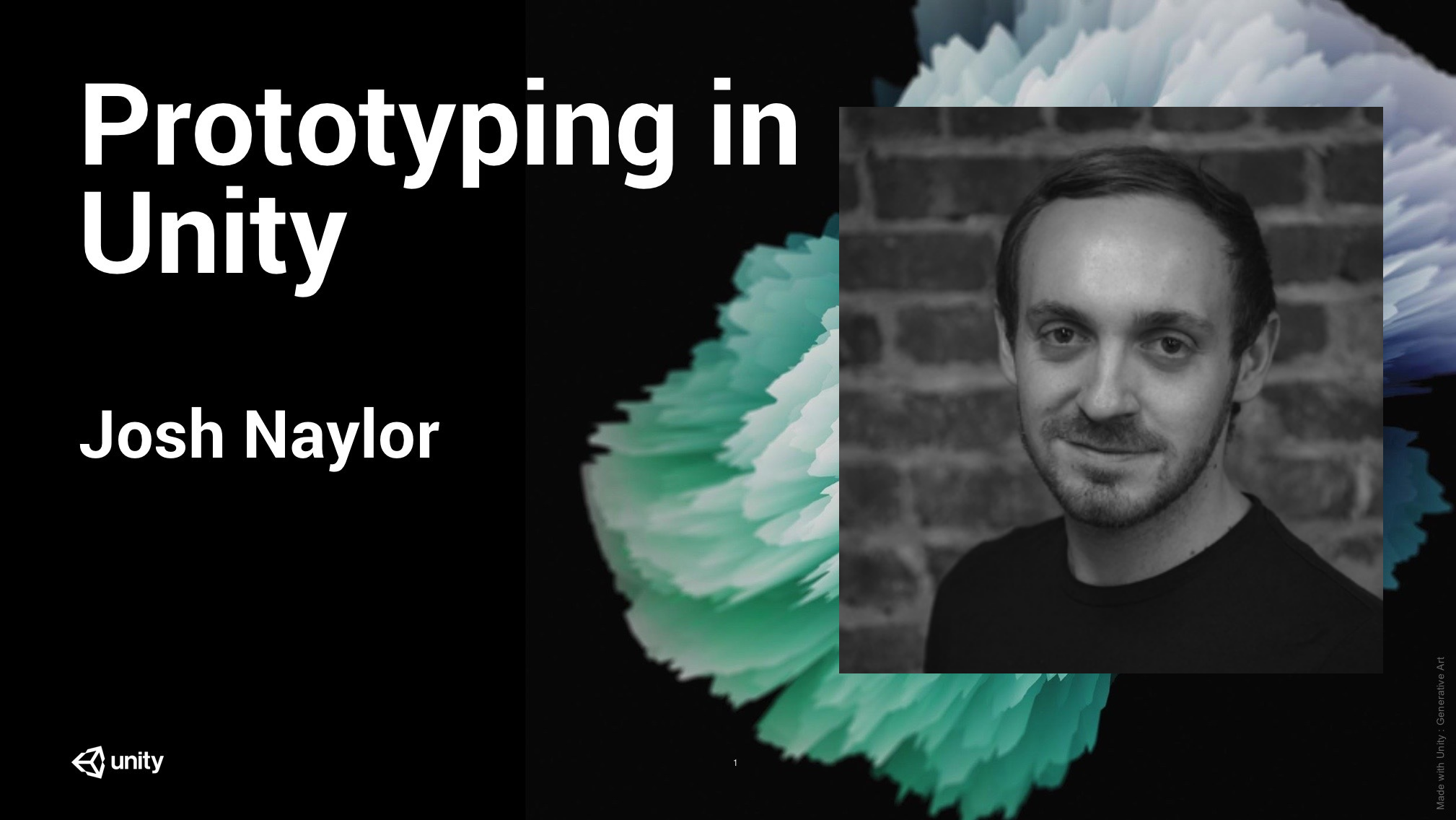 I am pleased to announce that Josh Naylor, one of our lovely and accomplished alumni, is going to be making a guest appearance. He will be talking a little bit about what he does at Unity, will be able to offer career advice, and he will also be talking tech, such as how to prototype in Unity. The latter of course will be particularly useful in a game jam context. Speaking of game jams, I hear that there is quite a good one coming up. http://threethinggame.com/post/2018-03-18-may-the-fourth/

Josh Naylor completed his Computer Science, Games Development degree with us in 2014 and is now Lead of Evangelism at Unity.

That involves coordinating a team of Technical Evangelists in the EMEA region and working between the Biz Dev and Marketing teams to effectively communicate to our audience.

Technical Evangelism for Unity involves promoting the Unity Game Engine and surrounding services, talks both technical and high level depending on the audience, articles, blogging, user demonstrations, recorded demonstrations, or the creation of sample projects.

So he is well prepared to help you kick-start your game jam using Unity.

I nearly forgot this. Josh will be presenting just after the Three Thing Game word distribution event which is at 1300 on Wednesday May 2nd.

This is open to all students. You don’t have to be participating in Three Thing Game to attend Josh’s talk, though one wonders why you wouldn’t.